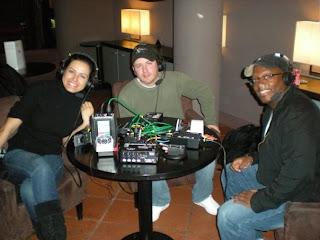 Clear Channel Orlando's WXXL-FM/XL 106.7FM's Johnny & Jayde In The Morning decided that maybe it was time to leave the same old, boring sunshine and 80 degree weather of Central Florida for something a bit more "exotic." So, naturally, Amsterdam fit the bill.  The morning show grabbed their ACCESS Portable and Director of Engineering Mike Sprysenki and jumped on a flight to the Netherlands. Whether it was broadcasting from inside in the lobby of their hotel or camped outside at a sidewalk cafe, the team discovered that virtually anywhere there was Wi-Fi, they could deliver all of the action back to their listeners in Orlando. 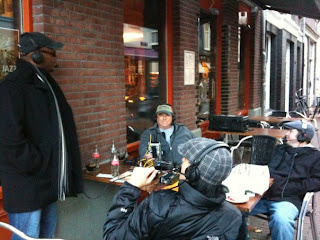 Early reports from Mr. Sprysenki indicate that the Internet connections were solid and the broadcasts were flawless.  We haven't received a full report from "The SpryGuy" who is supposedly recovering from "jetlag." 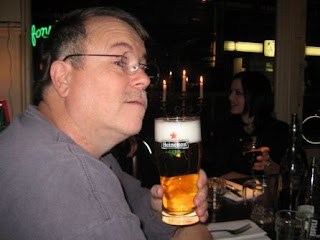 Mike Spry was "holding this for a friend." 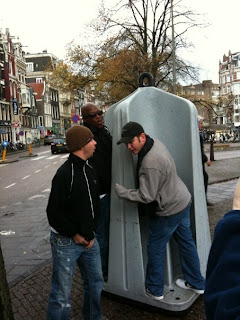 The XL Morning Team marvel at the modern sculpture in Amsterdam.