Something cool is coming soon from Comrex! Standby for news!
Posted by Remote ACCESS at 12:08 PM No comments:

Note from a happy customer!

We always like notes like this to start off our work week!  It makes the Monday "blahs" mysteriously vanish!  We recently got this note from one of our customers in Southern California:
"We are a religious broadcaster, and every weekday we have a call in program that the senior pastor and an associate pastor host. The senior pastor had a mini stroke and was in the hospital for a couple of weeks. The day he got out of the hospital he wanted to be on the air. We had an old POTS codec that we hurridly got set up, but we weren't happy with the delay and the quality, so we ordered the ACCESS rack and portable units and had them overnighted. By the next day we were on the air from his house using the ACCESS units and many of the listeners (and staff here at the station) thought he had come in to the studio. In fact, we had some staff walk by the studio to see if he really was in the studio. 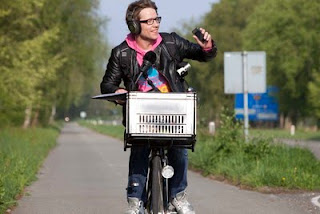 Harlem - Recently, Radio DJ Giel Beelen mounted his bicycle and made a special trip to work. From his bicycle, which was built into a riding radio station, he set out to do his live radio show during his morning commute. He rode his bike from Harlem to the studio in Hilversum, a distance of 48 kilometers (that's about 30 miles) while broadcasting his morning show live to listeners all over the Netherlands. Giel hoped to arrive in the studio before 9, where the Norwegian singer Marit Larsen was that morning's guest. 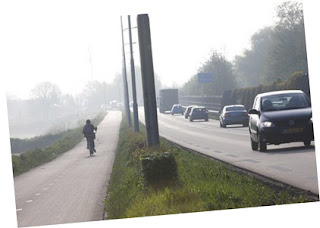 The idea started in a conversation with Dutch singer Marco Borsato about the National Sportsweek. Giel promised the singer to practice sports a bit more. A bit later, when traffic reader Kees Quaks pointed out to Giel that it was possible to take the bike to your work, Giel decided to make his word reality. Giel used the Comrex ACCESS for the high quality audiolink to the studio. He could be followed on his journey live on Radio 3FM (national radio). 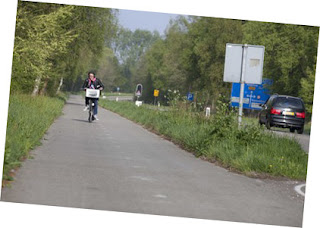 Thanks to our friends at Triple Audio for sharing this story and for providing great service and support for Comrex customers in the region!
Posted by Remote ACCESS at 11:16 AM No comments: