According to the Jeff Brown from the BBC's World Service, having a Comrex ACCESS at the recent Commonweath Games, in Delhi, India was a great asset.  Jeff sent us these photos and comments: 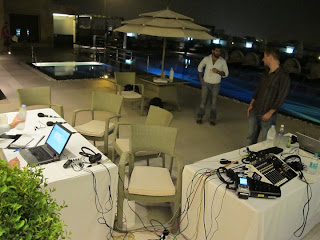 "First transmission for BBC World Service's Sports World at The Commonwealth Games, Delhi. Poolside at the Lalit. BGAN [had some technical difficulties with the ISDN service] before we went on air so we did 40 minutes on the Comrex with a Tata Photon 3G stick Worked a treat and saved the transmission!" 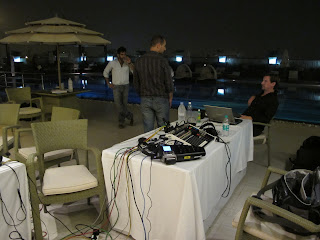 "The Comrex ACCESS (attached to 3G) is set up as the backup here. When it works, the BGAN is OK, but we've had a few instances here of it dropping off, so 3G is the next option. We're using Comrex's to report from venues where there are no ISDN's available and they are getting the thumbs up from our reporters..." 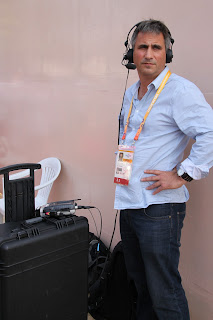 Radio New Zealand, the country's public broadcaster, has been putting the Comrex ACCESS Reporter Codec, or ARC, through its paces as it has been giving it a trial run using some recently acquired Motorola Milestone Android-based smartphones.  ARC had been used successfully in a couple of big stories recently... the aftermath of an earthquake and snow storm.

Here is a sample of one of the broadcasts using ARC: