Dallas, TX -- The pop culture phenonmenon, American Idol, setup camp in Dallas, Texas as Idol wannabes crammed into the long and torturous lines forming outside of Texas Stadium. Eager to display their talent for the producers inside, the potential contestants were just as eager to perform for the throngs of media on the outside. Nationally syndicated morning host, Kidd Kraddick, sent his cast members, Taylor and JC, into the fray to capture the excitement. 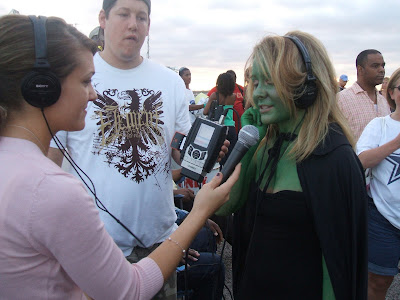 Armed with an ACCESS Portable Stereo BRIC IP codec, Taylor and JC interviewed the patient masses, some of whom had been waiting in line for two days for a 15 second chance to impress Idol producers. Using an AT&T 3G BroadbandConnect card plugged directly in the ACCESS Portable, Kraddick's crew was able to interact with the rest of the morning show back in the studio as well as sample some of the vocal abilities of Idol hopefuls. 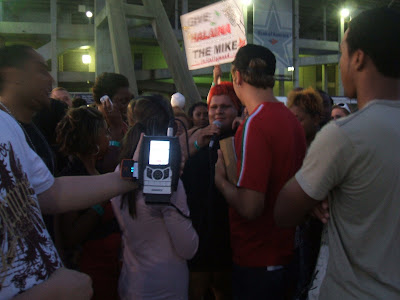 Says Kraddick, "Credit the Comrex Access with opening all kinds of doors for our show. Since we’re nationally syndicated, we can no longer accept cell-phone audio for on the street bits, etc. The portability and amazing audio quality of the Access has made so many more bits possible that we could have never done in the past."

There were no engineers, remote trucks or pneumatic masts required on-site for the broadcast. Junior Kraddick staffer, Ryan, was briefly trained on the ACCESS Portable and sent out with JC and Taylor to handle the unit for the broadcast. 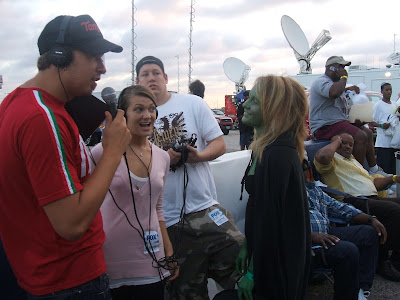 An estimated 12,000 people showed up at Texas Stadium for a chance to be on the popular TV Show.
Posted by Remote ACCESS at 12:56 PM

I love JC and Taylor!