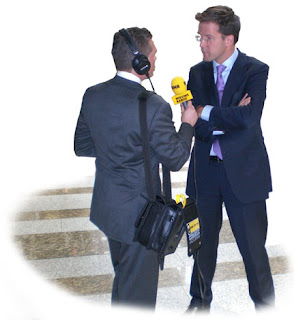 "Prinsjesdag" (Day of the Princes) is the day on which Queen Beatrix of_the Netherlands addresses a joint session of the 'Tweede Kamer' (Upper and Lower Houses of Parliament) in the 'Ridderzaal' (Hall of Knights) in The Hague. The 'troonrede' (Speech from the Throne) sets out the main features of government policy for the coming parliamentary session.

AMSTERDAM
On the Day of the Princes, BNR Nieuwsradio successfully used the wireless live connections of the Comrex Access. After the Speech from the Throne, politicians were interviewed by reporters from BNR.

"The interviews were done in the main hall of the building of government. Even in this surrounding built with many concrete and steel constructions in combination with very little bandwidth and fieldstrength, acceptable live connections could be made. The Comrex makes analog transmitters as good as obsolete."

Richard van der Veen, head of technicians with BNR: "One week before Day of The Princes we bought three handhelds and two 19 inch rackunits with Triple Audio. This way we can have three reporters on the road on the same time and have two of them contributing simultaneously. The users are very enthusiastic, because they can now go wherever they want and still do live reporting with broadcast quality.

The success of the Comrex Access at other broadcasters convinced BNR to start using this system for the BNR reporters. With this, BNR can increase the number of live contributions from reporters on studio quality, where before we were forced to use cellular phones."

With this important step BNR moves further towards using IP connections. "We shall probably use the Comrex Access during the election tour in America", says Richard van der Veen. 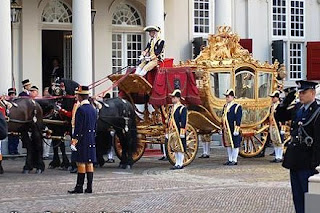