Back in April, Cumulus Radio Dallas sports talk giant The Ticket jumped on the reality bandwagon and launched probably the first reality radio show in history. They were given a brand new home in a new development by a national home builder in a northern suburb of 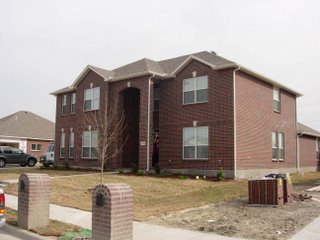 Dallas to use for one week. The entire airstaff and a few brave engineers all moved into the Ticket Compound to live and work together for the whole week. As you can imagine, “Big Brother”-style mayhem ensued. Jocks would randomly crash one another’s shows, fight over the remote control and steal each other’s food from the fridge. Well, that was the fun and relatively easy part.

When the engineering team started to investigate the technical aspects of the remote, they were dismayed to discover that this new development was totally devoid of copper. As such, there was no possibility of getting ISDN pulled to the home. This fiber only area was being serviced by Verizon’s new FiOS…their fiber optic internet service which offers blazing data speeds of 3MB up and down. 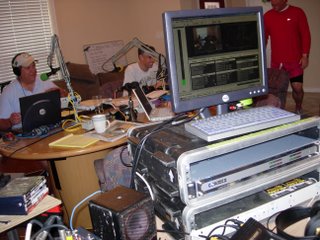 This remote easily became the most talked about in Dallas and listeners are still buzzing about the event today. But faced with seemingly insurmountable technical challenges, Dallas Engineering Manager Rob Chickering turned to the Comrex Access to provide 24/7 audio coverage of the event.

“Basically we were using the codec in BRIC-HQ2 15 kHz stereo mode but using one return channel from the station to feed the web video encoder with the other providing IFB,” says Chickering. “We fed 15 kHz mono back to the station for on-air. I can honestly say, ‘This box rocks!!!’ We had a Marti as a back up but never used it. It was great to be able to use the Access web interface to monitor the connection statistics during the entire remote and there was plenty of data overhead throughout the week long broadcast. We only had one minor 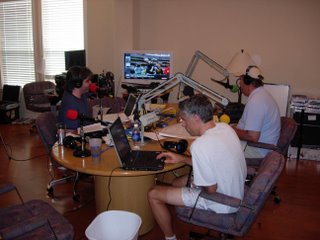 interruption during the whole week and that was due to a router issue on the station side. The audio quality of the codec was superb. Programming was ecstatic even though they were initially concerned about staying connected over an IP connection for the entire week. We had the highest book the radio station has ever had. With a 13.8 share, Men 25-54 AQH and a 19:25 TSL during the week of this remote, I’d say that The Ticket Compound was truly a great test for this product.

After the first day we had absolutely no worries about the viability of Access for this very high profile, week-long remote. Management was pumped and incredibly happy that we pulled this whole thing off!”
Posted by Remote ACCESS at 2:16 PM